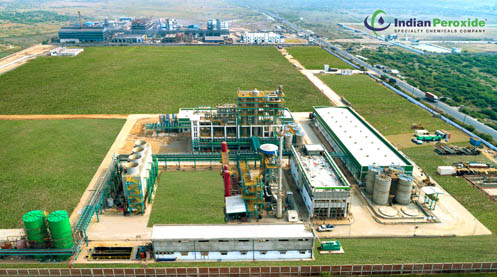 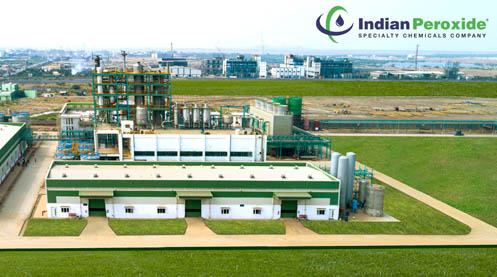 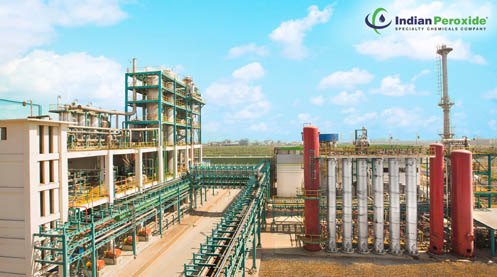 The sprawling manufacturing facility of Indian Peroxide Ltd. (IPL) spreads across 150000 sq mtr making IPL plant one of the biggest Hydrogen Peroxide Manufacturing facilities in India. The plant adheres to world class standards for health, safety and environment (HSE). Indian Peroxide Ltd. has its manufacturing unit in Gujarat which is one of the most advanced and industrialized states in India. Gujarat has most conducive business environment, pro-industry policies and easy availability of raw materials which makes it one of the best places for businesses to flourish.

At IPL, we have 50+ professionals with high skill set having extensive experience in high end and latest technologies and software and running manufacturing facilities enabling us to deliver the best in quality specialty chemicals. IPL corporate office is located in Delhi NCR which considered to be strategic for any business in India allowing IPL to cater to most industries using Hydrogen Peroxide as raw material.

IPL is backed by Nuberg group, a 20 year old industrial conglomerate holding vast experience of working on 60+ EPC and turnkey projects across the globe till date. Nuberg EPC, renowned global EPC and turnkey project management company for specialty chemical plants, is No. 1 EPC Company for chlor alkali industry in the UAE and has already executed many Hydrogen Peroxide plants in the world, few of them being in Bangladesh, Ethiopia, Abu Dhabi etc.

This process is based on circulating working solution, known as the AO (autoxidation) process for hydrogen peroxide production. The steps, which the working solution passes through, are hydrogenation, oxidation, extraction and regeneration. The working solution consists of organic solvents and quinines, 2-ethylanthraquinone and 2-ethyltetrahydroanthraquinone and their reduced derivatives. The quinine act as carriers of hydrogen between the hydrogenation and oxidation steps. Hydrogen Peroxide (H2O2) manufacturing process involves cyclic Hydrogenation and Oxidation of the Working Solution followed by Extraction of Crude H2O2 form the Working Solution.
H2 + O2 → H2O2
Thus the plant comprises of three sections viz. Hydrogenation, Oxidation and Extraction sections.

Working solution along with H2O2 from Oxidiser is sent to the Extraction section for extracting the Hydrogen Peroxide from the Working Solution by De-ionised water in acidic condition in a counter current Extractor to obtain 30 to 35 % concentration (w/w) Crude Hydrogen Peroxide (CHP).

Due to the inherent characteristics of Working Solution, the full rated capacity production can be achieved only after the components of Working Solution are stabilized and reach equilibrium. This will normally take three to four months, depending upon the operating conditions / parameters maintained in normal plant operation during this period.

Due to the circulating working solution, undesirable compounds (principally different quinine derivatives) can accumulate in the system. This is carried out in columns with activated alumina, the process is known as regeneration. If oxidized working solution is fed to the alumina beds a reaction known as reversion will occur. The reversion reaction converts 2-ethyltertanthraquinone to EAQ, and can be used to control the ration between tetra and anthra in the working solution. 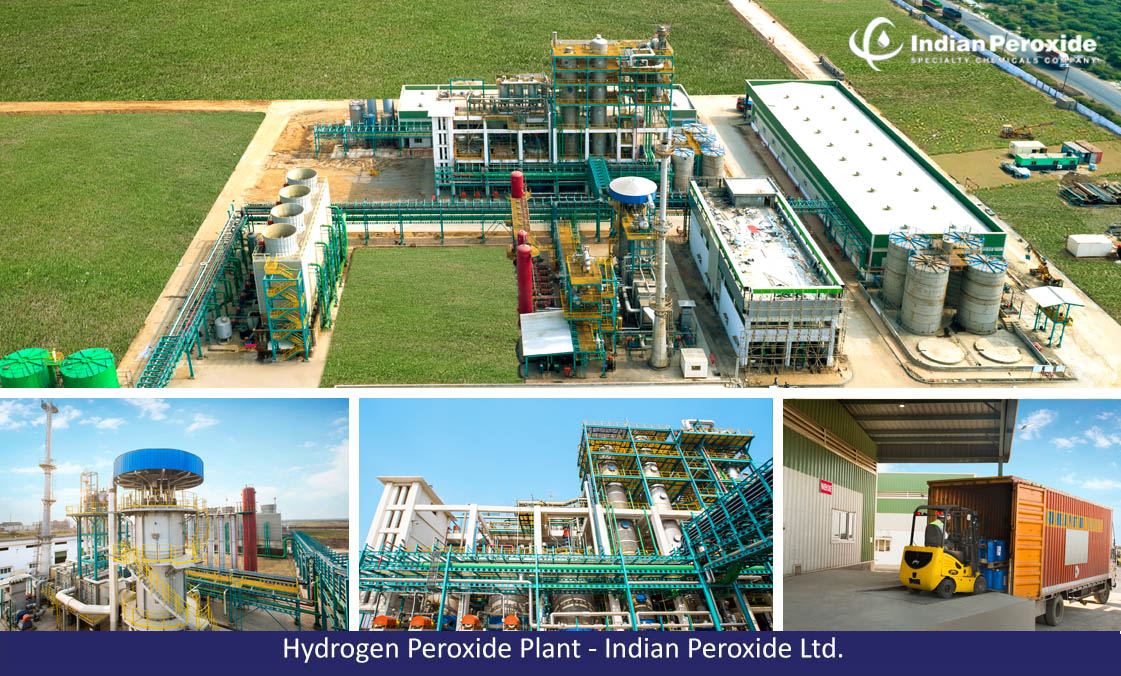