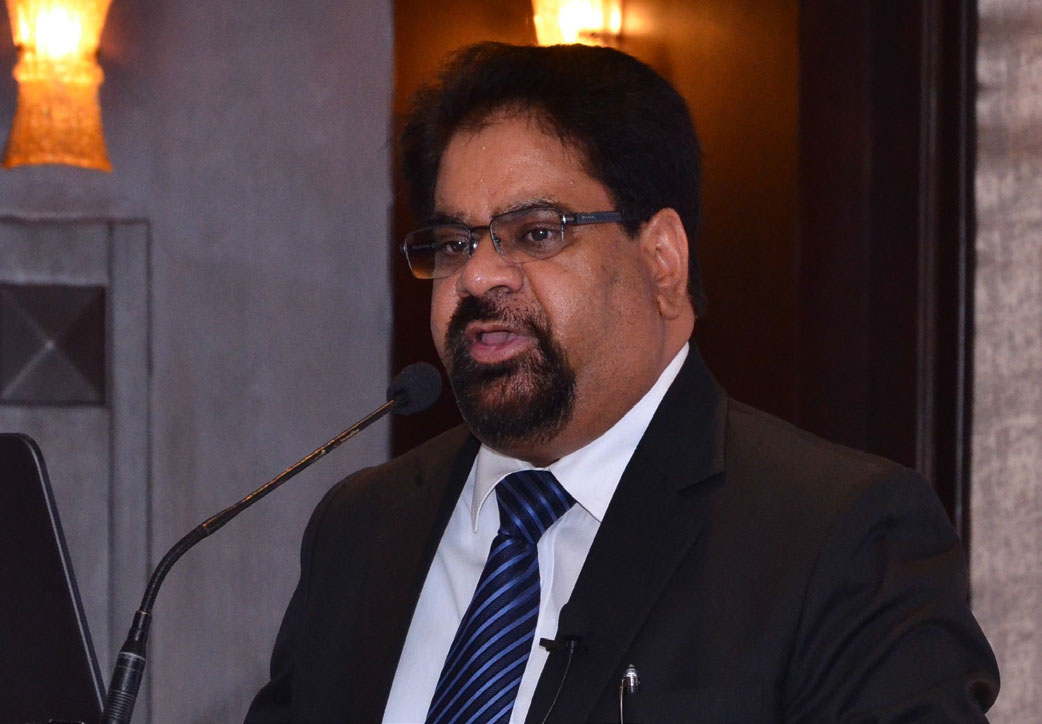 A K Tyagi, chairman and managing director, Indian Peroxide Limited in an interview with Chemical Today magazine.
- By Shivani Mody

Any journey has a start and an end point, but what really matters is what lies in between these two milestones, and whom we take along. Indian Peroxide Limited (IPL), a company still in its infancy, talks of how it wants its journey to pan out with India’s success as a bigger goal.

What is success to you? - we asked. “Success is all about, how and where you manage to overcome your fear and failure. With a belief that service to the nation is not mere celebration of nation’s pride and prosperity but also add to its existing potential in the global market. It is the duty of every citizen of this country to envisage his dreams, and share it with the development of the country,” believed A K Tyagi, chairman and managing director, Indian Peroxide Limited (IPL), the man who envisioned and laid down the foundation of the company.

Indian Peroxide Ltd. (IPL), a Hydrogen Peroxide chemical manufacturing unit located at the industrial hub of Dahej, Gujarat, was commissioned in October 2018. And in no time, it became one of the largest manufacturers of high grade, premium quality hydrogen peroxide company in India with an annual production capacity of 45000 tons.

The manufacturing facility is spread across an area of 150,000 sqm and manufactures Hydrogen Peroxide in 30 percent, 50 percent and 60 percent chemical grade at present. Aligning itself with global standards, the Production Plant poses an environment friendly manufacturing facility with quality standardized production process. Presently, the production capacity of the plant is 125 TPD, which is expected to reach 250 TPD.

The chemical supply is conveniently done in carboys of 30 kg, 50 kg and by tanker transport system of 15-20-ton capacity.

IPL utilizes one of the most advanced manufacturing technologies supported and patented by the Swedish company EB Nuberg. EB Nuberg provided know-how based on the anthraquinone auto-oxidation process. Special features such as solid reversion unit and solid recovery unit in the manufacturing plant add to its technical achievement.

IPL proffers the best available technology in the production of Hydrogen Peroxide, with the help of most innovated and developed cutting edge patented technology for producing highly stable and high purity technical and chemical grades.

Hydrogen Peroxide. It is a zero-waste discharge plant that makes it environment friendly and helps it stand remarkably among its competitor. The zero-waste discharge process allows recycling of water and chemicals leaving no wastage of liquid in the whole production process. The technology subsumes all elements of quality control; this special featured protected technology marks off hi-yield and high-quality Hydrogen Peroxide production.

As per latest reports, the global Hydrogen peroxide market is evaluated to exhibit a CAGR of 2.87 percent during the forecast period, 2018-2023. In the year 2017, India imported about 25 percent of its total Hydrogen Peroxide consumption. IPL’s new Hydrogen Peroxide complex, a flagship project for Indian market intends to support the indigenous market. Also, there is a subsequent decline of 2 percent in import of H2O2 since the year 2013, which is expected to decline further by 2021. Apart, surge in the consumption of H2O2 has been relevantly noted in the past 5 years. As per reports based on application of H2O2, pulp and paper industry is major consumer of the chemical with largest consumption of 48 percent, followed by textile and wastewater plants.

Hydrogen Peroxide being one of the simplest form of peroxide that acts as a strong oxidizing and bleaching agent is expected to boom in the Indian market and neighbour regions, supported by the growing demand from pulp & paper, textile and chemical industries.

Creating own niche in the market

IPL has been conceptualized for being at par with international standards. Some of the special characteristics of IPL’s H2O2 plant are as follows:

Cost Efficient Process: The technology deployed by IPL is the most cost-efficient process design technologies available in the global market for independent producers.

High Stability Production: IPL’s latest technology produces highly stable hydrogen peroxide which increases shelf life of the chemical. The highly stable product ensures that the chemical do not decompose during storage and usage and concentration remains unaffected for a span of 2 years. Stability > 98 % with ISO standard test method.

Highly Skilled Team: At IPL, we have consortium of experienced professionals with high skill set having extensive experience in high end and latest technologies and software. The running manufacturing facility enables us to deliver the best in quality specialty chemicals.

This state of art manufacturing plant envisages emerging as a fully-fledged specialty chemical manufacturing company. It is the third largest producer of the environment friendly chemical, H2O2 in the country used for bleaching of pulp in paper and textile industries. IPL plans to invest Rs. 750 Cr in next 3-5 years including capacity expansion and for other chemical units leveraging synergy with the new H2O2 plant. Complete production process is based on international line of standards, efficiently carried out by the team of expert professionals, extensively experienced in high end latest technologies.

IPL was commissioned in October, 2018 since then we have been consistently putting our best effort in the systemized operation of the manufacturing plant. The plant is expected to create thousands of direct and indirect employments in the coming future. Further, the indigenous production of the chemical will definitely lower the import of H2O2 ergo, will help the Indian companies to meet their expected demands at the low cost. Naturally, this will lower the forex expenditure of the nation helping, build a robust economy.

“The changing pattern of the H2O2 usage in the global market has created a vast opportunity for the manufacturing corporations. Similar demands have been sought in the Indian market, especially from the paper & pulp, textile, waste water treatment and food industries,” said Tyagi.

According to a report, the H2O2 market was valued at $ 2.44 billion in 2016 and is likely to reach $ 3.68 billion by 2025, expanding at a CAGR of 4.7 percent between 2017 and 2025. Specifically, IPL aims to serve the growing demand of recycled paper and the usage of Hydrogen Peroxide in the Pulp and Paper industry. With an increased demand of universal bleaching agent, hydrogen peroxide found its way in the textile industry. Few other applicative usages include, being used as an oxidizing agent in wastewater treatment and to be used as bleaching agents and biocides in the food industry. 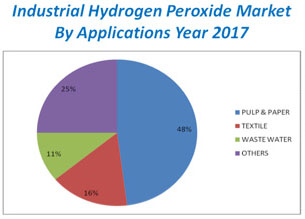 IPL’s journey has just begun and there are milestones to cross as it personifies success.

© This article was first published in Chemical Today Magazine, February 2019. 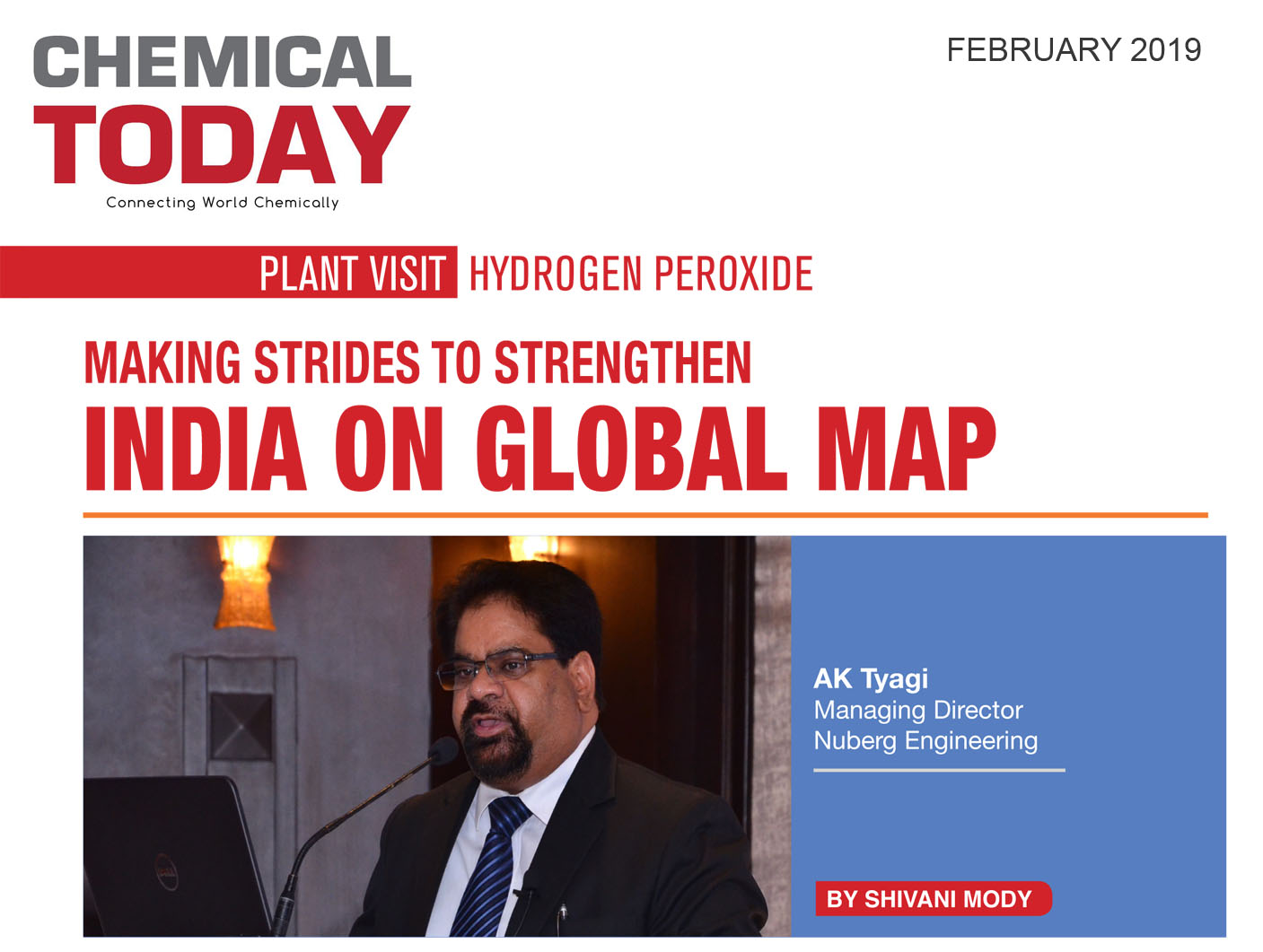